Mediterranean Air War (MAW) is a game for the Commodore 64. It has been made using SEUCK with some small code modifications. The game certainly does not stack up to the maximum capabilities of either the Commodore 64 or even a modified SEUCK for that matter, but it is a project which still bares all the love and personal attention that I could muster.

The origins of this project should be obvious to anyone who has ever had the pleasure to play arcade games such as 1942 and 1943. Ever since I was a teenager 1942 has held a special place in my heart and to this day it can still draw me into its world. During my high-school years I attempted to code my own clone version on my C64 but I found the challenge of writing the game engine as well as doing the design too time consuming, and for a school boy who had to focus on many other activities it turned out that all I could muster was a joystick controlled sprite and a scrolling sea background before I decided to chuck in the towel.

Now decades later I have returned to the idea and MAW is the result. As with any piece of art (yes games are art) the time has come where I have to present it in its current form and to publish what I have. Although I have many more ideas and many things I would have liked to include, there comes a time when you have to let everyone see what you have completed.

I find great pleasure in still coding for the Commodore 64, the simplicity and elegance of the 6502/6510 processor is something that will always impress me. Unfortunately I do not own a physical Commodore any longer and I use the most excellent VICE emulator to play and code C64 games and applications. For MAW I used a cross compiler, cruncher and external PC tools. I am not a purist (nor a masochist) and having to code/design everything on the C64 itself without leveraging the tools available today would just be an exercise in torture.

The game itself has obvious limitations: Single player. No in game music and sound fx only. This is a feature and not a bug by the way! Also there is no barrel roll for the players fighter. This would have been the ultimate in 1942 homage but I feel that because a Commodore joystick does not have a second function button, that reverting to the keyboard for the roll would be distracting. Also the technical challenges in hacking the SEUCK code to such an extent to facilitate the feature would strain my time past its limits once again. Excuses, excuses!

PS. Two versions of the game have been included with this ZIP file. One is a .prg file and the other is a .d64 disk image.

Anyhow enjoy and to all those wonderful people keeping the C64 alive, keep on hacking! 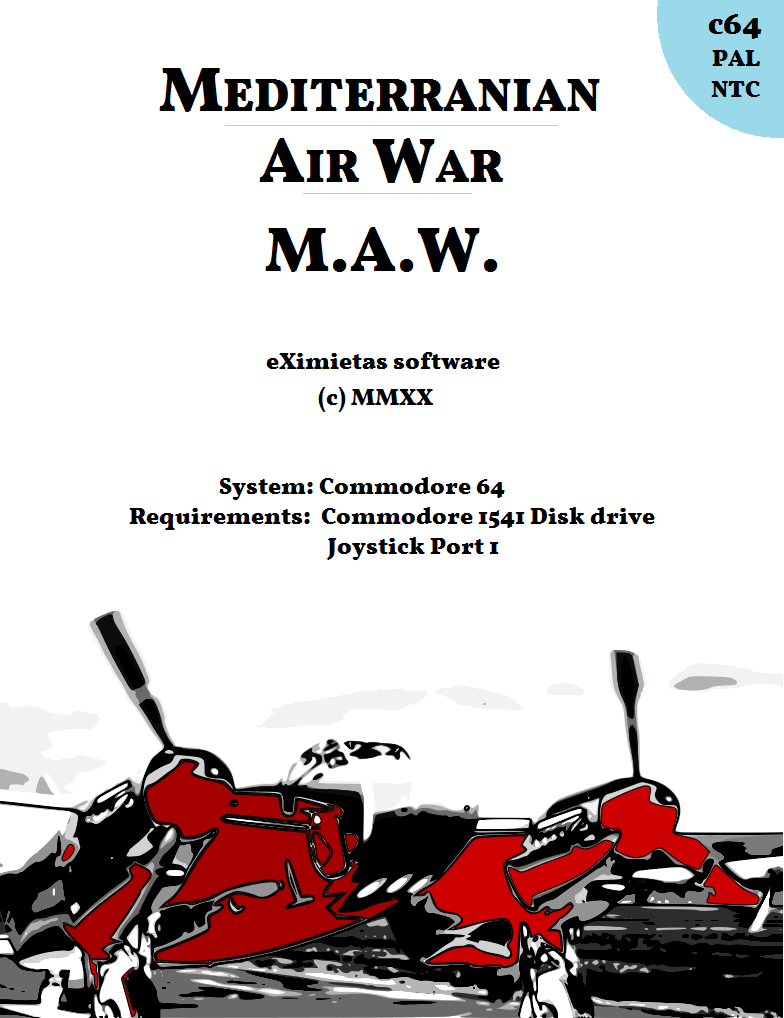 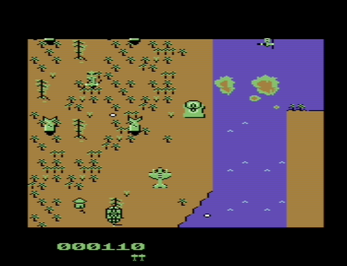 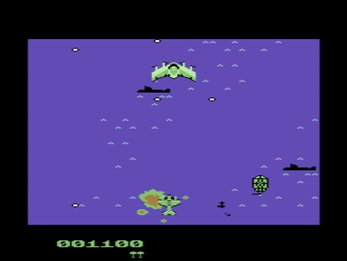